Tortas 8 is an experimental sounding rocket designed and built by MASA which uses an SRAD hybrid motor, Gamma Centari, developed in-house over three years. The body tubes, nosecone, and couplers of the rocket are made of carbon fiber wound in-house, with internal retention components machined from 6061 aluminum. Gamma Centauri uses a paraffin-based fuel with self-pressurized nitrous oxide as an oxidizer. The motor generates 7216 lbf-s of total impulse and is classified as a 57% O motor. From testing, the system’s Isp is estimated to be 203 s. Recovery is done using a classic two bay design: upon reaching apogee, the flight computers trigger the deployment of a drogue parachute in the forward bay, which slows the rocket to 85 ft/s, at which point the main chute is deployed. 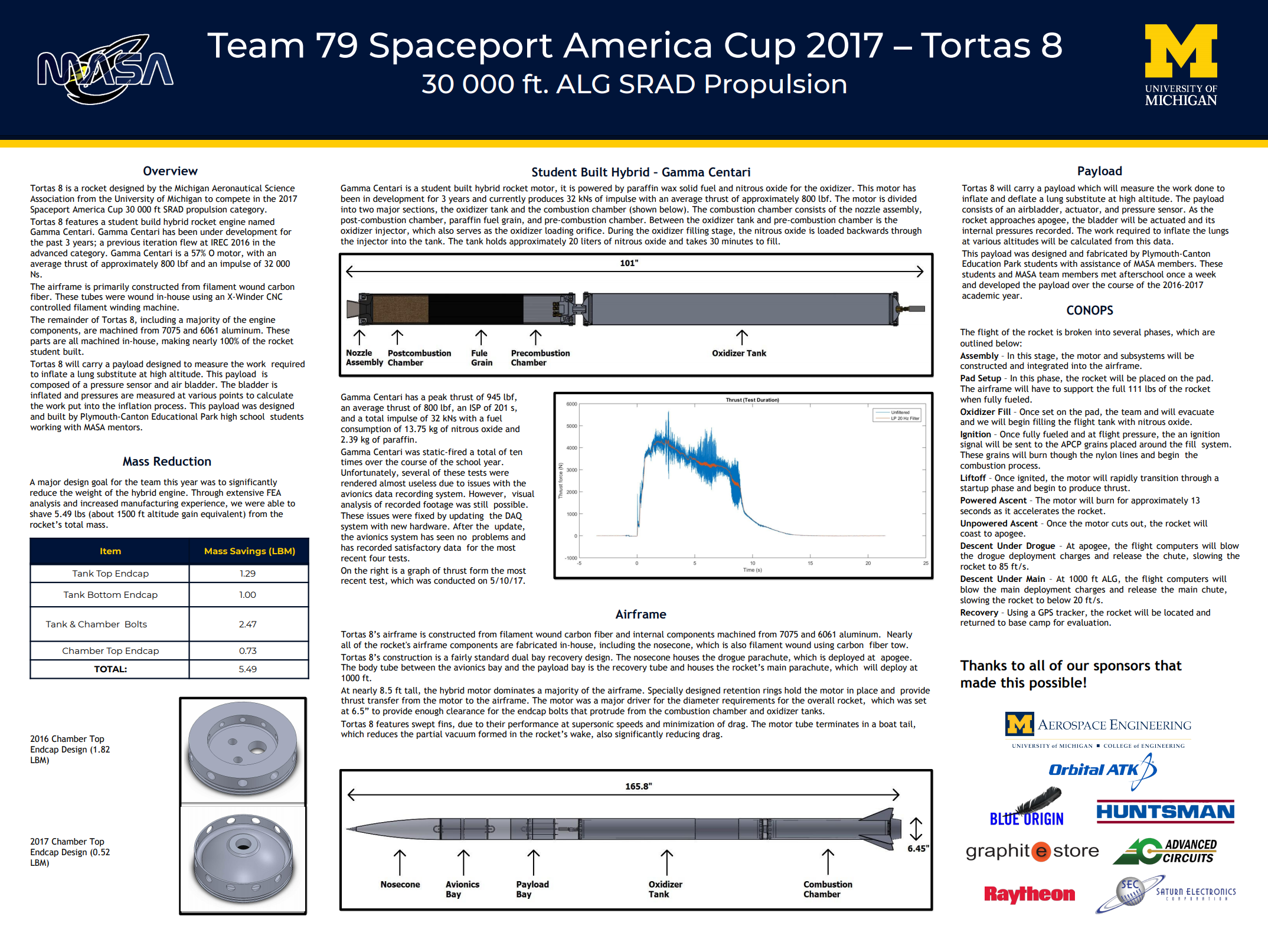